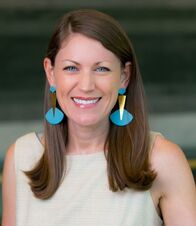 Katie C. Romano | Executive Director
Katie Romano is the Executive Director of the Archer Center. Central to her role is the oversight of all programs and initiatives, staff and faculty, accounting and budgeting, fundraising and development, recruiting and marketing, Fellow selection, programmatic expansion, alumni relations, and Advisory Board involvement for the Center. Katie develops the strategic direction, goals, plans and policies for the Center and its programs to align with its mission statement: to educate the next generation of leaders. Prior to joining the Center's staff in 2006, Katie served as both a mentor for Archer Fellows and on the Friends of the Archer Center Advisory Board.

Previously, Katie was the research and development associate in UT System's Office of Federal Relations, where she identified competitive federal grant opportunities and federal funding for each of the UT Institutions, coordinated and facilitated Congressional visits and federal agency meetings for UT System administrators, researchers and faculty, tracked legislation and policies related to higher education; and planned special events, conferences and campus visits to aid UT System’s federal initiatives.

Prior to working for the UT System, Katie was the event coordinator for Mrs. Laura Bush on the Bush-Cheney ’04 Campaign, including the 2004 Republican National Convention. Following her role on the reelection campaign, she was a managing director of Bush Family Operations on the 55th Presidential Inaugural Committee, where she oversaw all Inaugural events and activities for President and Mrs. Bush’s daughters. U.S. Senator John Cornyn initially brought Katie to Washington in 2003 to serve as his constituent relations coordinator after his successful Senate race, where she worked in communications.

A native Texan, Katie is a third generation Longhorn and a graduate of The University of Texas at Austin with a bachelor of science with honors in communication studies and a major in political communication. She has completed graduate coursework at Johns Hopkins University and has a non-profit management certification from UT Austin. Additionally, she has served as an advance representative for the White House, the U.S. Department of State and the George W. Bush Presidential Library, where she traveled domestically and abroad to set up events for Mrs. Laura Bush prior to her arrival. She is active in a variety of non-profit and philanthropic organizations including the Dell Children's Council, the Elizabeth Ann Seton Board and the National Center for Missing and Exploited Children. She is a 2019 Frank McBee Fellow in Civic Entrepreneurship through the Austin Area Research Organization (AARO). 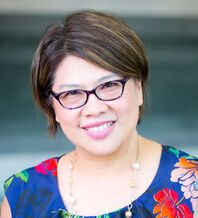 Michelle Chin | Academic Director
Michelle L. Chin is the academic director for the Archer Center. She teaches the undergraduate policymaking class for the Archer Center, a class she has taught since fall 2014. Previously, she was senior researcher and policy analyst at the Learning Policy Institute. She is a former congressional staffer, working for more than eight years as an education policy advisor for U.S. Senator John Cornyn of Texas, and for four years as a policy advisor for U.S. Representative Joe Barton of Texas. She was assistant professor of Political Science at Arizona State University and served as program director of the Arizona State University Capitol Scholars Program.

Christine Anderson | Assistant Director, Recruitment and Admissions
Email Christine
​Christine Anderson is the Archer Center Assistant Director of Recruitment and Admissions. She manages both recruitment and selection for the Archer Fellowship Program and assists with Graduate Program in Public Policy recruitment. Her responsibilities include recruitment, application support, coordinating Archer Fellows selection, and overseeing the Alumni Ambassadors program. Christine works closely with Archer Fellowship Program Campus Coordinators to promote the program on each UT System campus.
​
Prior to joining the Archer Center, Christine served as the Archer Fellowship Program campus coordinator for the UT Austin campus from 2014-2016. She also advised students pursuing certificates in Global Studies; Human Rights & Social Justice; Media, Culture & Identities; Public Policy; and Social Inequality, Health & Policy through the Bridging Disciplines Programs at UT Austin from 2008- 2016. In these roles, Christine offered guidance and practical help to students as they pursued their academic goals both in and outside of the classroom through challenging coursework and internships. She brings her passion for student success and student advocacy to her role with the Archer Center.
​
Born to a native Texan father and German mother, Christine has strong roots in both places. She graduated from The University of Texas at Austin with a bachelor of arts in history and a master of arts in Middle Eastern studies. Christine enjoys hearing live music in Austin and the Texas Hill Country, loves traveling to Germany to visit family, and is the proud mother of a teenage son.

Previously, Tatiana worked at Texas Christian University as the recruitment coordinator for the Center for International Studies. During this time, she advised students on study abroad programs, managed marketing strategies, and coordinated campus-wide events. Tatiana also served as an assistant in the TCU Office of Institutional Effectiveness, where she oversaw academic assessment for the university.
​
Tatiana received her B.S. in public relations from The University of Texas at Austin and will complete her M.Ed in higher educational leadership from Texas Christian University in 2021.

Tatiana has traveled and studied across five continents and is always dreaming up her next adventure. In her free time, she enjoys spending time outdoors and serving as a mentor with Big Brothers Big Sisters.

Before joining the Archer Center, Keenan worked at The Washington Center for Internships and Academic Seminars in a variety of roles related to student internship preparedness, seminar coordination, and admissions. Prior to working within experiential learning in Washington D.C., Keenan held operations and compliance roles at 2U, Inc., an education technology provider that partners with top colleges and universities to bring their degree programs online.

A Maryland native, Keenan has been a Washington, D.C., resident for four years. Keenan received his B.A. in Social Work from Hood College and his M.S.W. from the University of Maryland, Baltimore. Keenan and his wife enjoy being tourists in their own city and can be found enjoying farmer's markets and restaurants, exploring local parks and historic sites, and attending concert and theater venues throughout the city. In his downtime, Keenan enjoys experimenting in the kitchen, cheering on the Washington Capitals and Baltimore Orioles, and practicing yoga.

Valerie Hardy | Administrative Manager​
Valerie Hardy is the Administrative Manager for The University of Texas System Washington, D.C. Office, which houses the Archer Center. Valerie played a key role in opening the Washington, D.C. office in 1999. Prior to joining UT System, Valerie served as an Executive Assistant for Wexler & Walker Public Policy Associates, one of the oldest lobbying firms in Washington. She has intimate knowledge of Capitol Hill, along with the members and procedures, having spent five years working at the Senate Agriculture, Nutrition and Forestry Committee. Valerie is a graduate of the Washington School for Business. An active DC native, Valerie is heavily involved in community events, working with local charity events and her church. Valerie is a strong advocate for foster care and animal abuse prevention. 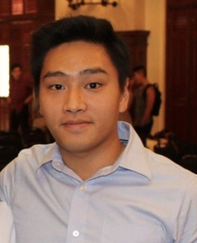 Billy Nguyen | Administrative Associate ​
Billy Nguyen is the Administrative Associate in The University of Texas System Washington office. He works closely with the Academic Director, Program Coordinator and Assistant Director for Student Life to support Archer Fellows from admission throughout their journey to and in D.C. He helps to manage the Archer Center’s website and the Archer Fellow Alumni Association (AFAA) alumni database and platform, AFAA Connect, in addition to providing logistical, administrative and programmatic support to the Archer Center’s staff and faculty in Washington, D.C., and Austin. ​

Prior to joining the Archer Center and upon receiving her B.A. in Mass Communication from The University of Texas Rio Grande Valley (UTRGV), Andrea began working with the UTRGV Career Center. There, she oversaw and coordinated the All In Internship Program, which helped UTRGV students based in Brownsville expand their horizons in paid internship searches and placements within the community. As part of her role, she worked closely with students in career education, including resume building and interview skills, and with local employers to determine their recruitment needs for interns.

A native of Brownsville, Texas, Andrea is pursuing a Master of Public Affairs degree through UTRGV and expects to graduate in 2020. In her spare time, she enjoys exploring the D.C. area since this is her first time working outside of the Lone Star state. She also enjoys landscape photography and experimenting with recipes that remind her of home.

Ethan Christopher | Student Associate
Ethan Christopher is a student associate working on video and media production at the Archer Center. Ethan is a senior pursuing a degree in arts, technology, and emerging communication with a design and production pathway at The University of Texas at Dallas. He is working with Dr. Joel Swerdlow to produce video content for The Politics of National Memory class, in addition to developing recruitment and marketing content for the Archer Center. Ethan was also a Spring 2020 Archer Fellow, where he interned at with the Bureau of Global Public Affairs at the State Department. Ethan’s interests include viewing and creating films and
​finding new pathways for creativity.