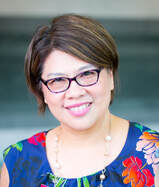 ﻿Dr. Michelle Chin (Ph.D., Texas A&M University) teaches “The Policymaking Process” class for the Archer Fellowship Program, a course she has taught since September 2014. In addition to serving as the academic director for the Archer Center, she also holds an appointment as clinical associate professor in the Hobson Wildenthal Honors College at The University of Texas at Dallas. With Dr. Swerdlow, she oversees the internships for undergraduate and graduate Archer Fellows and supervises the “Archer Center Independent Study and Research” class for the Graduate Program in Public Policy. Dr. Chin brings to the classroom over 20 years of experience as a congressional policy advisor, political scientist and educator. Her research has been published in the Journal of Politics, American Politics Review, and Electoral Studies.

Dr. John Daly (Ph.D., Purdue University) teaches the “Advocacy and Politics” class for the Archer Fellowship Program, a course he has taught since the program’s inaugural class in spring 2001. He is the Liddell Centennial Professor of Communication, University Distinguished Teaching Professor, and TCB Professor of Management at The University of Texas at Austin, as well as a University of Texas System Distinguished Teaching Professor. Dr. Daly's interests focus on practical ways of improving the communication skills of individuals. Thus, he has examined topics such as shyness, personality difference in communication, communication difficulties people experience in their personal and professional relationships, influence and advocacy skills, and interpersonal behavior in organizations. He has authored more than 100 scholarly articles, served as editor of two academic journals, and produced more than a dozen books including Advocacy: Championing Ideas and Influencing Others (Yale University Press) and the Handbook of Interpersonal Communication (SAGE). He has also consulted with numerous organizations across the world, both public and private, on communication-related issues. He has worked in numerous political campaigns and with many local, state, and federal agencies including the White House. While at UT Austin, Dr. Daly has been the winner of every campus-wide undergraduate teaching award.

Dr. Joel Swerdlow (Ph.D., Cornell University) teaches "The Politics of National Memory” class for the undergraduate Archer Fellowship Program, and the “Archer Plus” class for the graduate Archer Fellowship Program. With Dr. Chin, he also oversees the internships for undergraduate and graduate Archer Fellows. Dr. Joel Swerdlow is a full professor in the Hobson Wildenthal Honors College at The University of Texas at Dallas, and has worked with the Archer Center since 2006. Dr. Swerdlow has a long career as an author, editor, journalist, researcher, and educator. A senior writer and editor at National Geographic for 10 years, his published works include To Heal a Nation: The Story of the Vietnam Veterans Memorial, and So As I Was Saying…My Somewhat Eventful Life, with Frank Mankiewicz. He was a Senior Fellow and Director of Programs and Publications at the Washington Annenberg Program. His work, which reaches both academic and popular audiences in the United States and abroad, focuses on a range of scientific, technological and public policy issues. ​ 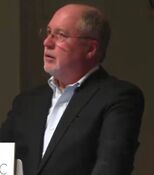 William (Bill) Shute (J.D., University of Houston; B.A., The University of Texas at Austin) teaches the “Inside Washington: Policymaking from the Ground Up” class for the Graduate Archer Fellows Program. Professor Shute is a government relations expert, executive management professional, high-tech start-up advisor, and podcast creator/host with thirty-two years of experience working in and around the federal government. He is currently Chair of the Scholars Advisory Board for Dome Compass, Inc., a non-partisan mobile platform for federal policy makers and the creator and host of the podcast, 80-Proof Politics – Distilling the Art of Advocacy (www.80ProofPolitics.com). Shute was most recently an executive officer with The University of Texas System, serving as vice chancellor for federal relations for eighteen years where he lead the System’s Office of Federal Relations. Before joining the UT System in September, 2001, Shute spent eleven years as Executive Director – Federal Relations for SBC Telecommunications , Inc.  He also worked as Senior Vice President in the government relations firm R. Duffy Wall & Associates and was a Legal Fellow for the National Association of Broadcasters.  Prior to working for SBC, he was Legislative Assistant to former Member of Congress Bob Whittaker and was responsible for several Commerce Committee and Judiciary Committee issues.  Shute is a member of the State Bar of Texas having attained his J.D. from the University of Houston and a B.A. degree with honors from The University of Texas at Austin.  He also serves as an adjunct professor at the LBJ School of Public Affairs Washington Center.​

​Dr. Aaron Conrado is a Lecturer at the Archer Center where he leads discussion sections in Dr. Joel Swerdlow’s “The Politics of National Memory” class. Dr. Conrado is currently a Science and Technology Policy Fellow at The American Association for the Advancement of Science. In this role, he supports the Office of Stability and Humanitarian Affairs at the Department of Defense, working on peacekeeping policy, including UN reform, improving performance, and building partner capacity. As a Graduate Archer Fellow in the summer of 2018, Dr. Conrado interned at the White House Office of Science and Technology Policy, where he worked on policy topics such as STEM education, GMOs, AI, biomedical research, and biosecurity. Dr. Conrado holds a BS in microbiology from The University of Oklahoma, and a Ph.D. in microbiology and molecular biology from The University of Texas at Austin. He has also published several peer-reviewed scientific research papers focusing on horizontal gene transfer in Vibrio cholerae.

﻿Diedra Henry-Spires is a Lecturer with the Archer Center where she supervises undergraduate Fellows in Dr. Chin’s Policymaking Process class, and graduate Archer Fellows in the Health/Healthcare Policy Working Group. Currently the Chief Executive Officer of the Dalton Daley Group, Ms. Henry-Spires has been a frequent guest lecturer with The Archer Center since 2015. Before joining the Dalton Daley Group, she was a professional staff member for human services and income security for the United States Senate Committee on Finance. Ms. Henry-Spires began her tenure at the Senate Finance Committee in 2006 as a Brookings Institution LEGIS fellow. She has extensive experience with the legislative process in the United States Congress, experience in collaborating with federal, state, and local governments, as well as, national, state, and local organizations. One of her accomplishments is drafting and positioning home visiting policy (MIECHV) in health care reform and shepherding its passage. Ms. Henry-Spires also served for 10 years at the US Department of Health and Human Services, where she was the principal Public Health Advisor on Violence Against Women for the Office on Women’s Health and as such developed national policies in violence against women, HIV/AIDS, and young women’s health. Ms. Henry-Spires is a Pennsylvania State University graduate holding a BS in Health Policy and Administration. She also attended Hinksey Institute on Economics, Torbay, and Oxford, England, and was awarded certification from the Harvard University – John F. Kennedy School of Government: Shaping the Health Care Delivery System.

John Kane is a Lecturer with the Archer Center where he supervises undergraduate Fellows in Dr. Chin’s Policymaking Process class, and graduate Archer Fellows in the General Domestic Policy Working Group. A frequent guest lecturer with The Archer Center since 2014, Mr. Kane is the Senior Government Affairs Advisor and a Minority Senior Professional Staffer for Senator Carper (D-DE) on the Senate Committee on Environment and Public Works. He has also worked on the Senate Committee on Homeland Security and Government Affairs, and the Special Committee on Aging. A graduate of Vassar College (BA, Sociology), Mr. Kane has over 15 years of private sector and government experience working for both Republicans and Democrats in Congress.​
​ 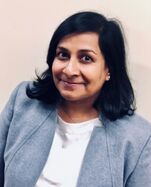 ﻿Sue Ramanathan is a Lecturer with the Archer Center where she supervises undergraduate Fellows in Dr. Chin’s Policymaking Process class, and graduate Archer Fellows in the National Security and Global Affairs Policy Working Group. Ms. Ramanathan is a strategy and policy advisor with over 20 years of congressional and executive branch experience. In the U.S. Senate, she served on the Homeland Security and Government Affairs Committee as an advisor on a variety of homeland security and technology related issues. She has also served as the Chief Counsel and Deputy Staff Director of the House Committee on Homeland Security. In her congressional career, Ms. Ramanathan worked with several members of Congress including Senator Gary Peters (D-MI), Senator Claire McCaskill (D-MO), Senator Joseph Lieberman (D-CT), Representative Bennie G. Thompson (D-MS), Representative Jim Turner (D-TX), and Representative Zoe Lofgren (D-CA). In addition to her extensive congressional experience, Ms. Ramanathan served 8 years as a Deputy Assistant Secretary and Counselor to the Secretary for the Department of Homeland Security (2009-2017) for Secretary Jeh Johnson and Secretary Janet Napolitano.  She also worked as a senior analyst at the U.S. Government Accountability Office on projects evaluating the Department of Homeland Security and Immigration and Customs Enforcement. Ms. Ramanathan has earned degrees from the Georgetown University Law Center (LLM), Rutgers Law School (JD) and Rutgers College (BA). 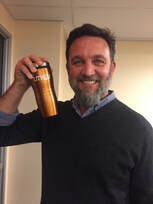 Josh Rushing is a Lecturer at the Archer Center where he leads discussion sections in Dr. Joel Swerdlow’s “The Politics of National Memory” class. A popular guest lecturer with the Archer Center for over 5 years, Mr. Rushing is a seasoned journalist with nearly 30 years of experience in communication. He is a founding member of Al Jazeera English (AJE), which reaches 380 million homes in more than 100 countries, and is currently senior correspondent and host of AJE’s award-winning investigative documentary show, Fault Lines. As a U.S. Marine (1990-2004), Mr. Rushing played a critical role in the invasion of Iraq as the hand-picked, on-air spokesperson for US Central Command Forward. His appearance in the award-winning documentary film, Control Room, also sparked a national discussion about the role of media in war. A native of Lewisville, Texas, Mr. Rushing earned a B.A. in Ancient History and Classical Civilization at The University of Texas at Austin. He has also trained In Leadership and Warfighting at The Basic School, Quantico; and completed public affairs and journalism training at The Defense Information School.

﻿Becky Shipp is a Lecturer with the Archer Center where she supervises undergraduate Fellows in Dr. Chin’s Policymaking Process class, and graduate Archer Fellows in the Health/Healthcare Working Group. A frequent guest lecturer with The Archer Center since 2015, Ms. Shipp is Vice President at The Sheridan Group, a public policy advocacy and consulting firm. Prior to joining The Sheridan Group, Ms. Shipp served as lead negotiator and policy advisor for the Chairman of the Senate Finance Committee on health and human service issues under both Chairman Charles E. Grassley (R-IA) and Chairman Orrin G. Hatch (R-UT). In this role, Ms. Shipp worked directly with Members of Congress, including House and Senate Committee Chairs and Leadership, as well as White House officials, on health and social impact financing and human services policies. She also managed a series of diverse and bipartisan coalitions of health and human services stakeholders, including Committee and Leadership staff, think tanks, advocacy organizations, Administration officials and state groups to advance legislation and get that legislation enacted into law. Ms. Shipp holds a bachelor’s degree from the University of Virginia and master’s degrees from the University of Iowa Writer’s Workshop and Boston University. She is also a published poet who has taught literature and writing at the University of Iowa, Northeastern University and Boston College.